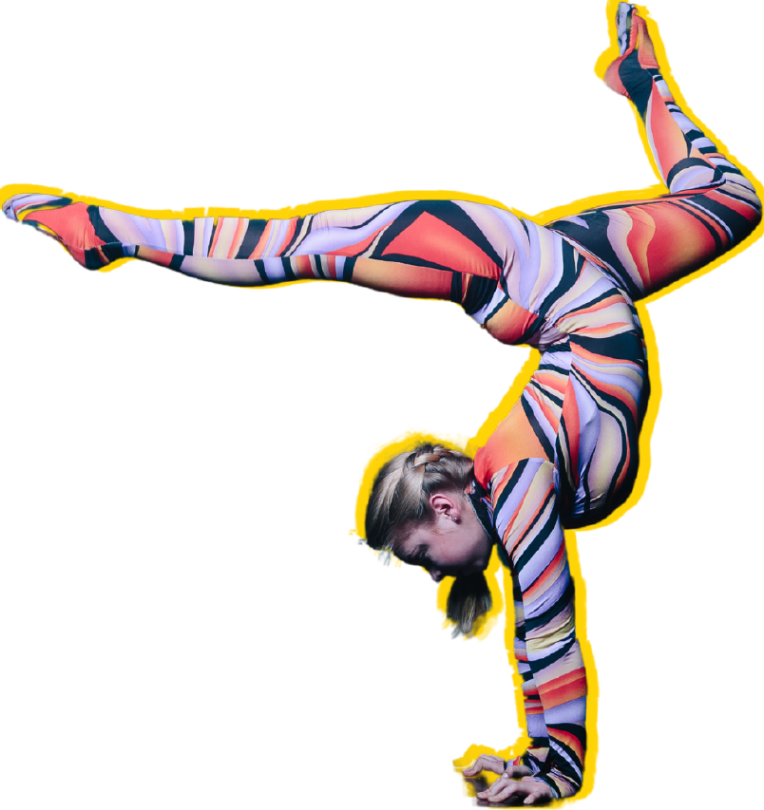 A creative, data-driven and highly qualified all-rounder in marketing, video and photo production with perfect results, strong business acumen and a reputation built on 24 years of professional experience. Equipped with skills in creating a record high response rate to marketing campaigns, digital content creation and advertising within corporate and fashion industries.

A sophisticated creative with excellent communication skills who has honed himself over the years in creating high-quality content and presentations in a fast, dynamic and highly collaborative work environment.

Get in touch with our team for more international and local talent.

Craig Black is a Scottish Visual Artist best known for his 'Acrylic Fusion' technique.
He specialises in bespoke artwork, murals, and installations, he believes in creating exciting and engaging visuals whilst maintaining originality across all of his work.

Craig has won admirers on a global scale thanks to his signature expression, 'Acrylic Fusion', an incredibly versatile analogue process of hand pouring layers of acrylic paint to create a unique and mesmerising effect, loved by brands, galleries and art collectors alike.
The versatility of acrylic fusion has meant that Craig has been able to collaborate with a wide range of partners - from matchday storytelling with UEFA, to transforming a unique speaker system with Wisdom Audio and creating a one of a kind custom bike frame for Ribble Cycles.
Craig has also adapted his acrylic fusion process to work across a multitude of environments - from the tight control of the studio, where he refines and hones his pieces, to the excitement and buzz of the live setting, where audiences can see Craig interact with his artworks in real-time.
Craig picks his collaboration partners carefully, as he looks for projects that align with and complement his style and ethos - ensuring that no two partnerships are ever the same.
Craig’s work has been celebrated and exhibited across the world: from London and New York to Sydney and Dubai. He is also known across the public speaking circuit for sharing his inspirational creative journey at conferences and creative events around the world.
He is also the Co-Founder and Creative Director of Creative Inverclyde — a social enterprise aimed at utilising the creative sector to be the nucleus for positive social change across Inverclyde and Scotland.

As an artist she is not afraid of experimenting with different musical styles, authentically merging the sounds and elements of her Arabic culture with ever-expanding sounds of pop and R&B music. Laroussi sings R&B and pop, with her own unique spin that makes her stand out from the crowd.
Laroussi’s songs are laced with R&B influence that takes you back to the days of Cheryl Lynn and Natalie Cole. She has a dynamic vocal range similar to Toni Braxton and Alicia Keyes, with an unaffected smooth sensuality like Janet Jackson and J Lo… But with every similarity, her unique style, and songwriting abilities differentiate her from any artist on the market.
At a national level, Laroussi came to the forefront when she participated in the Dutch televised show, Soundmixshow in 2002 at the tender young age of 16, she made it to the finals where she imitated Vanessa Williams. In 2003, Hind took to the stage to compete in the Netherlands’ edition of “Idol” and was a finalist. Laroussi was extremely popular on “Idols” which caught the attention of BMG Netherlands, who signed her and went on to release her debut album, Around the World, under the name Laroussi that reached gold status. The album was a success and in 2004, Hind received an Edison, the Netherlands’ equivalent of a Grammy, for Best New Artist.
After winning the Edison Award for Best New Artist, Laroussi continued to have immense success in Europe, she embarked on tours and represented her home country, the Netherlands on the Eurovision Song Contest in 2008. She graced the majority of magazine covers in the Netherlands and was featured in national beauty campaigns for Nivea, and Therme skincare.
Laroussi currently resides in Dubai, working with the industry’s most proven and successful creative minds. The team includes; executive producer Kenneth ‘KP’ Paige (Jeremih, E!’s Life of Kylie, Chris Brown), and Dub Shakes (Busta Rhymes, 2Chainz, Phantogram, A-Trak), music producer multi-platinum producer, Tariq “BL$$D” Sharrieff (Lil Yachty, Avo & Teo,), film producer and director Adel Serhan, music writers Josiah Rosen (Augustana, Andy Grammar, Ryan Kinder, and K-pop sensation Got 7), and upcoming singer/songwriter Sophie Ann.

Adam got his first taste of street performing in Glasgow, which he’s taken with him around the world. His talent has been heard from the Edinburgh Fringe Festival, Bahrain formula One, Dubai Street Festival, Muscat Festival, Devizes Carnival, Henley Festival and more.

Adam is not your everyday acoustic player, using a technique called “Lap Tapping”; he rest the guitar on his lap and powerfully taps the frets and strings to create a captivating cacophony. Learning this style came to him after a small accident which fractured one of Adam’s fingers made it difficult to play the guitar as normal. Learning this new style took the street out of the weaker finger but also developed his preference to play this way.

Part Time Sinners is a trio of musicians who will get you singing, clapping, and dancing along to all your favorite songs from the 60s to today.

Their influences range from rock n roll, pop to jazz, which they bring together to make your night a great one.
They have been making waves all over the UAE, including being named one of the Top 10 Up & Coming Bands in the UAE by Flash Entertainment. They also won 2nd Place at TruckersDXB Battle of the Bands!
+ New on the list: Jack Daniel's Battle of the Bands ( Top 5 finalists)
You might have seen them performing regularly at the Truckers DXB events, across different emirates, playing for crowds that cheerfully sing and dance along to their catchy tunes. Part Time Sinners: the most fun you can have standing up.

British/Italian mix, born in England. A professional dancer and choreographer, trained in the UK at Liverpool Institute for Performing Arts (LIPA - Paul McCartney's fame School) in all dance styles.

I worked as a commercial dancer in London for many years before turning my focus into both UK Theatre Tours and International Arena Tours. My greatest career achievement would most likely be backing dancing for Katy Perry, Pink, and Alicia Keys. My primary dance styles are Commercial, Lyrical, Jazz, and Contemporary however I also trained to a high level in Tap, Ballet, Acrobatics and Salsa.
My focus, independence, and passion for my job are probably the things that make me stand out the most.

Eirini is a Singer/Artist with a mixed background from the UK and Cyprus. She started her musical journey at a young age and obtained a full scholarship at Stella Mann Performing Arts College.

Following her studies she landed a prestigious role in the Touring Company of 'FAME The Musical'. She has experience performing at the Royal Albert Hall and the Wembley Arena. Over the past 2 years Eirini has established herself in the Dubai Music Scene, performing in venues across the Emirate, such as 'Iris', 'Play', Soho Garden' and 'White Dubai". Eirini has undergone years of professional training, gaining a Level 6 National Diploma in Musical Theatre at one of the UK's top Theatre colleges. Eirini's extensive dance training shines through her performances and
gives her the 'pop star edge' on many of her competitors.
She is currently working on her debut album of original music, focusing on her R&B/Funk style. She has a unique tone and depth to her voice with a soulful edge.

Musician/singer-songwriter, skillful in maintaining energy and delivering excellent performances in
front of large audiences. Knowledgeable about recording studio equipment and recording
procedures. Well-versed in various styles of music, including pop, alternative rock, R&B, and soul.
Ready to sing her heart out and captivate people through music.

Musician/singer-songwriter, skillful in maintaining energy and delivering excellent performances in
front of large audiences. Knowledgeable about recording studio equipment and recording
procedures. Well-versed in various styles of music, including pop, alternative rock, R&B, and soul.
Ready to sing her heart out and captivate people through music.

At the age of nine, I grew up imitating my favourite artists until forming my own unique character and style. As a teenager, my curiosity and love for music drove me to study music professionally.

Studying classical and lyrical singing in the Lebanese National Higher Conservatory of Music. At seventeen, and with a stronger understanding of the direction sought for my career, I pursued my studies with one of the best modern singing coaches in the country, Wadih Abi Raad. I was quickly becoming a regular performer throughout Lebanon’s largest events, clubs and venues and appearing on popular TV Ghanne, MTV, 2019, and my appearance as the lead singer and actress at the "LOVE & LIGHT" Orchestral Theatrical Christmas concert by Maestro Harout Fazlian, also on MTV, 2020, alongside many other interviews in the journals, and music video called “Wait for the Sun”.
After the explosion in Beirut in August 2020, ‘Wait for the Sun’ was released for the Lebanese people as a message of hope and unity. I’ve become a multi-instrumentalist, and I am able to accompany myself on the piano and guitar. I continue to pursue classical piano and music studies at the Music Academy at Holy Spirit University of Kaslik, alongside my bachelor degree in Actuarial and Financial Mathematics. Larnaca, Cyprus.
As of September 2021, I am proud to say that I became a resident in the UAE, performing as the lead singer of a 19-piece band, formed by musicians from all over the world at EXPO2020 Dubai, on one of the biggest stages in the world. Moreover, I was contracted to be the lead female vocalist and to record and perform a song called “Al Sharika" in a show that celebrates Sharjah’s 50th Anniversary at Al Majaz Amphitheatre, attended by His Excellency, Sheikh Sultan Bin Ahmed Al Qasimi.
Memorable highlights include a guest appearance on Heik Men. In May 2021, I released my first single, composing the music in collaboration with USEK. My musical talents allow me to perform and accompany myself on piano and guitar, a vast repertoire covering many different genres of music, from the 70s through to modern day pop, jazz, rock, and blues, singing in English and incorporating my Arabic and French heritage. I have been practicing music daily, and specially composing my own music. And today, my goal is to keep on working hard, and keep on pursuing my dreams.

We help take grass root talent to the next stage.

What are you waiting for? 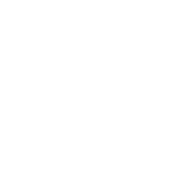 If you are talent, looking to apply Click Here